We're getting a new DCT Album!

Added the title, tracks, etc in the original post above... 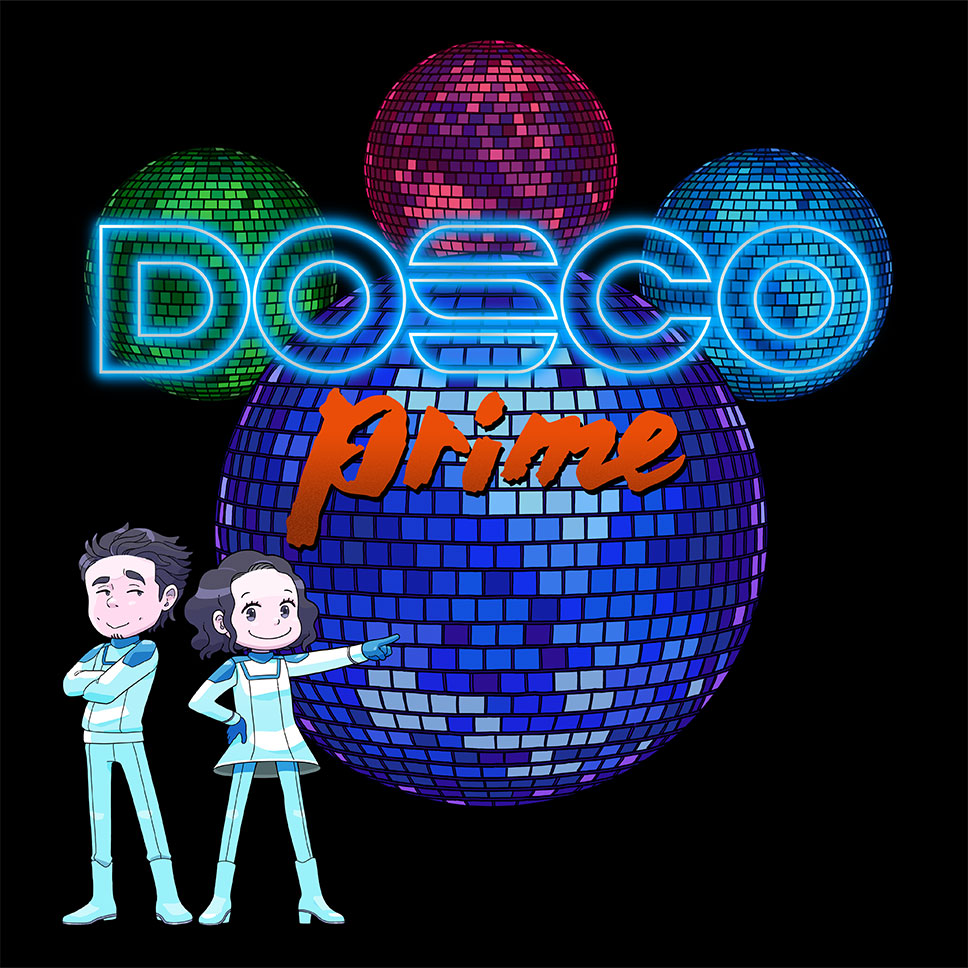 As a 'survivor' of disco (the original phenomenon), I can't say I enjoy this. I am not a big fan of DCT's remakes to start with; I think so much of Miwa and Masa go into their songs that there is very little that even they can add. Some of these songs fit the dance/disco format, but I still don't consider them to be an improvement.

'Yuki no Christmas' is such a beautiful ballad, why squeeze it into 2/4?

Miwa does not ever (ever!) need to be autotuned.
Top

I have to admit, I'm fascinated to hear these in full.

Always loved disco and knew DCT was my band when I heard my first DCT song (Kessen wa kin'youbi) and heard their mini tribute to the horns in Cheryl Lynn's "Got to be Real" near the end of it.

FYI! Dosco Prime in now on all the important streaming services in the US:

And probably many others.
Be sure to check you countries respective streaming services too

Having heard it on YT Music, I have to say I wasn't sure about how it was going to be in the beginning, but it grew on me! Remix albums are always a bit of a mixed bag and I don't think they ever really overtake the original material, but as a curiosity, it can be a lot of fun!

I think the album starts out a little weak, with U!T!D! and KwKin'youbi having arrangements that don't really differentiate enough from the original material or accent it enough to compliment it. Due to this, they just come out kind of flat as a result. They're not bad, of course, they just don't set themselves enough apart from the originals and lack that sort of energy that made them so good.

Osaka Lover pushes it a little further, the intro showing a lot of promise though not quite carrying through, but I think Nando Demo is where it starts to really develop itself, pushing in a bit of an 80s vibe and getting a little more aggressive with the arrangement. This is the one that was most concerned of from the clip video, but honestly, in context it works out well enough!

Yasashii Kiss wo Shite takes this sort of almost synthwave approach that fits the mood of the song and gives it a sort of dark edge that sounds really good! This one had me grooving.

Lat.43 N had me kind of concerned because it's one of my favorite DCT songs of all time and I was really worried about it, but they ended up doing a sort of... travelling song? It has a sort of "traintrack beat" that I actually like. It's very laid back and groovy, and adds a sort of trancelike quality that suits the song (also don't think I missed the Moroder bassline!)

Sono Saki e is actually one of the few songs on the album that I actually like MORE than the original one. It gets a sort of bouncy groove that really sets it apart from the original song and I think it's a fun take on the song itself. Definitely a highlight of the album for me.

Things start to cool down at this point. True Baby, True is alright. It does have a decent amount of energy to it and feels filled out at the very least, though it gets a bit aggressively mixed towards the end.

Asa Ga Mata Kuru is... odd in that it actually reminds me a lot of the remixes that were around in the MGO era and it gives me that really sort of modern hiphop funk vibe. Not really disco at all, it's a very odd version of the song, though not bad. Also Miwa's vocals are heavily distorted in this one, which doesn't sound bad, it's just an odd choice. (Not all of them, just the verses.)

This sort of vibe carries through into Love Love Love, keeping with a sort of drop hip-hop beat that carries the song. The song, however, does some really interesting (and I'd dare say fun) stuff with the instrumental and vocal arrangements here. While Miwa doesn't carry the song as hard as usual, the song is really thick as far as the arrangements go. It still feels... retro in a way, but it also carries a very modern sentiment. I could definitely see this having been made back in the early 2000s.

MYII was the other one I was really interested in, and it's... very interesting. The Sonic vibe is very strong here, and the song bounces along in an almost infectious way with little horn and synth flourishes around. The vocoding is a little heavy, but the whole thing is very dancy and actually harkens back really strongly to DCT's early stuff. I could definitely seen this having been a single back in the day. I can see people being divided on this one, but I find it to be a really fun take on a track we've all heard a bunch that's both fresh and very much a callback.

And lastly, but not leastly, Yuki no Christmas! This isn't the first dance remix, if memory serves, that YnC has gotten, so how does this one stand up? Personally, I think this one uses a wee bit too much vocoding for Miwa, compared to a lot of the other songs. The instruments and arrangement, however, are pretty good! The strength of Masa's bass really shines through in this remix, and it really carries the song. They still maintain the wintery feel throughout, of course (you can also hear references to Tsurette! Tsurette! throughout, which is a cute touch) and while it is a dance tune, it's pretty relaxed. More of a head bobber than a get up and dance sort of thing, but it's nice and cheerful and warm. All and all, it's not a bad way to close out the album.

So yeah, overall DOSCO Prime isn't a bad remix album. I've heard far worse remix albums in my time, certainly but in the end I feel like a few more chances could have been taking to make it something REALLY interesting; this is a double edged sword, of course, in that none of the remixes are bad, but none of them push things as much as they could and turn into something that really blows your socks off. The autotune/vocoding on Miwa for the whole of the album ranges from interesting in its use, to inoffensive, to a little annoying, but I don't think it ever destroys the vocal performances save for one or two instances where they're obviously trying to use it to an effect.

It probably won't be topping my favorite DCT album list anytime soon, but it's pleasantly listenable and not bad in rotation! And it's an extra little bit of DCT joy (;3) to have around while we wait for Anata to tourattatta♪ / THE WAY I DREAM / G / YES AND NO's album to grace us.

I'd say give it a listen via streaming, if you're not already putting it on the shelf with the rest of your DCT collection, and see how you feel about it!
As of now, it's just a bit of a curiosity in the DCT canon (not unlike the music box releases) but I think it'll grown on me with time! Who knows? n.n

I downloaded the album from JPS and listened to it with my wife. First, thank-you Yukifox for the great review; it gives some background on what was done to each song in the remix.

The first thing my wife said as we listened was "Superficial"; she was referring to the lack of depth in Miwa's vocals. Autotuning smooths and flattens out vocals, and it might be helpful for some of today's singers, but it takes all the soul from Miwa's voice.

I found I did not tap my foot once during the album, but noticed my fingers and toes tensing slightly. I believe I was cringing a bit.

Miwa and Masa obviously enjoyed remixing the songs, but I feel there is always a danger of overproducing tracks and making them too slick. The worst of disco creates mechanical sounding pieces by staying in one programmed time signature. The combination of autotuning/vocoding and remixing using disco rhythms made some of the songs lifeless. I could go into more detail, but it would be mostly negative, and Yukifox has already done an excellent job of breaking the tracks down.

I must really hate disco. Yeah.

Give it a listen for yourself; you should never let anything by DCT just pass you by. I don't think I need to hear this again, though.
Top
Post Reply
7 posts • Page 1 of 1